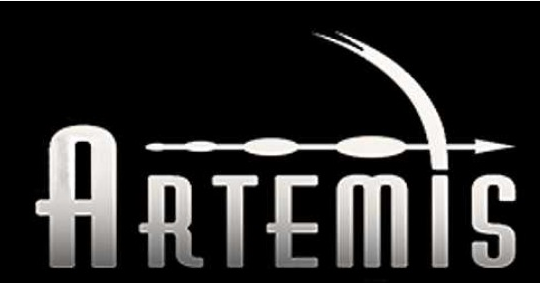 I'm pressed for time right now so I can't write a full write-up, but basically Artemis PS3 is similar to CodeUnique except it is free and open source.

Artemis PS3 is a part of Project Artemis; a larger, collaborative initiative to create hacking systems for those that lack one already. If you care to, you may read more about it here. Artemis PS3 will be added to it later.

Again pressed for time so here's an old video I have of Artemis in action. Since then there have been a few graphical changes, but mainly just more features.

The source code, as always, is on my Github (linked above). It has a instructional readme to help you get it running on your PS3.

As of now I'm most interested in getting feedback from users. I can't truly find all the bugs and that's where I need you. If you encounter anything unusual, please message me somehow with a description of the bug and a possible way to recreate it. Thanks.

Finally, from the ReadMe File: ArtemisPS3

Please refer to the Installation file for installation and use instructions.

This has been built using a makefile and my VS Integration tools. Ideally, you'd use Visual Studio to run and compile as normal. However the command line will still operate functionally.

For the following, only selfs can be packaged and run.

Your PS3 must be running CFW 3.55 or above (DEX and CEX supported)!

New in Artemis PS3 is the ability to add option tags.
These tags enable you to specify options for a code that has multiple effects for one address.
Using tags instead of multiple codes condenses the overall cheats list.
The format for an option tag is very specific and must be used exactly as described.
A tag begin with brackets that surround an ID ([Z]).
This ID must be a collection of capital Z's.
For instance, a tag such as [ZZZZ] has an ID of ZZZZ. [zz] is not a valid ID.
Following the opening tag are the elements, or options.
Each element begins with the value that the option represents, an equal sign (=), and the name of the option.
Elements are separated by semicolons ( ; ).
So right now an option tag would look something like this: [ZZ]0010=This is 0x10;0020=This is 0x20
But now we have to end the tag. To end an option tag you simply add a forward slash (/) in front of the ID and surround that with brackets ([/Z]).
Finally to actually implement this as a value for a code, simply put the ID of the tag anywhere in the code you'd like.
For instance, in Jak 1 there are 4 different types of eco states you can be in. Red, blue, green, and yellow.
Each uses the same line. So the appropriate code using option tags would be:
0 201FEE08 ZZ
0 201FEE18 FFFFFF7F
0 201FEE0C 00000040
[ZZ]01=Yellow;02=Red;03=Blue;04=Green[/ZZ]
Read more at Video: Artemis PS3 Hacking System by Dnawrkshp Arrives, Open Source - Page 1 - PS4 NEWS - PS3 NEWS - PlayStation 4 News - PlayStation 3 News - PS3 Hacks - PS3 CFW

Reply
Name of the Video Game, and any other Tags
6 Replies

Wow i never knew about this, it looks awesome and reminds of the good old days (gameshark days :cry:)

Action reply is good but i love GamShark as it was my first cheating device.

i had them all action replay gameshark c0debreaker lol i had em all for ps1 & 2 gba nds gamecube ......i was spoiled lil kid back den.

Reply
Cyb3r liked
Page 1 / 2 Next
All forum topics
Previous Topic
Next Topic
Related Topics
Name of the Video Game, and any other Tags: