Well, source 2 has been in development for quite sometime and instead of releasing Half-Life 3 they have instead released a updated version of Dota 2 called "Dota 2 Reborn" which is the same old Dota 2 but with a new look and many new types of features. This is just part 1 in the many part's(don't have a number on how many parts there will be) that they will be releasing in patch's, there next one will be Custom games which sounds amazing already. 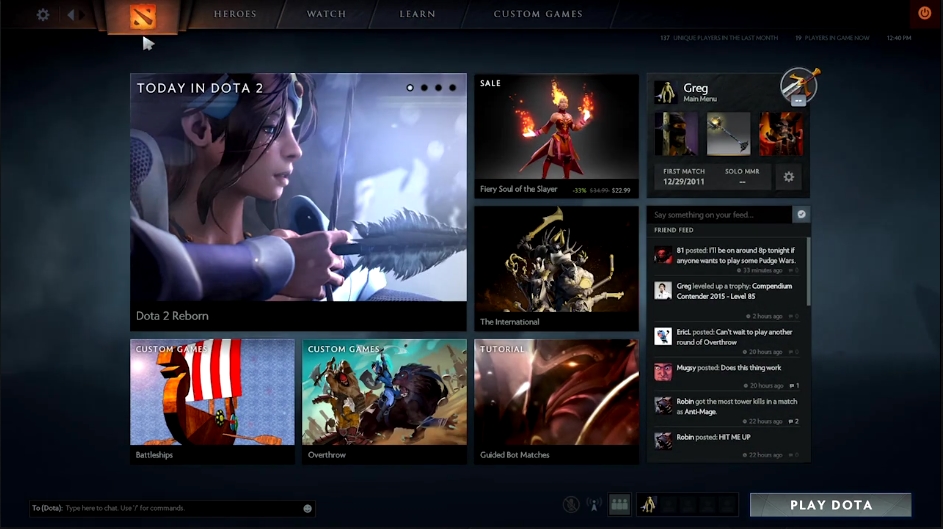 Some of the new types of features that "Dota 2 Reborn" contains in its new update is a new UI dashboard that they claimed to have built from "Scratch" which sounds amazing in my opinion, I have to admit that the old UI was pretty annoying and ugly but in this new update its easy to use, sleek, and over all much more user friendly. This new UI is exactly what plenty of Dota 2 players are looking forward to in this new update. 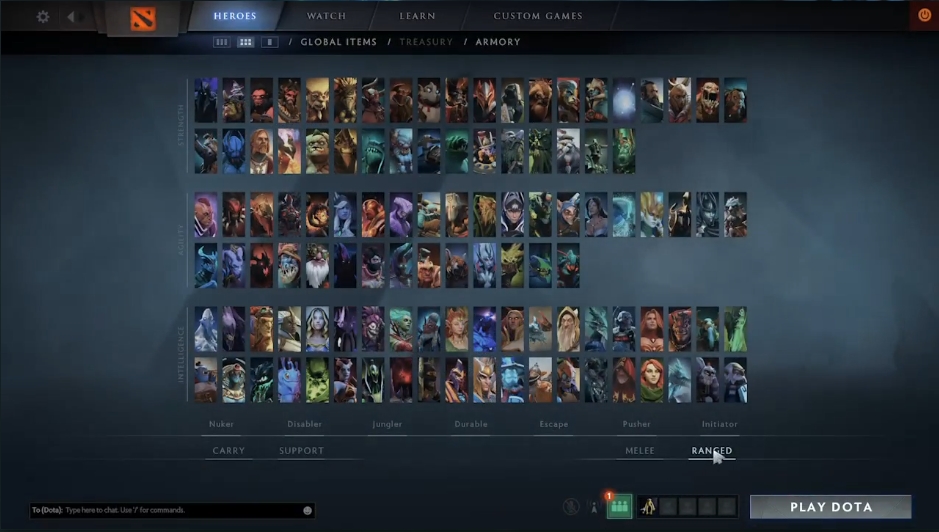 Another new feature is the redesigned hero browser, with this new browser it's much more easy to her browser. With this new browser you can see details about the hero's, compare them, and customize them with ease. This new hero browser just makes it a lot more fun and makes it quicker to choose my hero and get into game faster then before. Which let's me focus more on the game then setting things up. 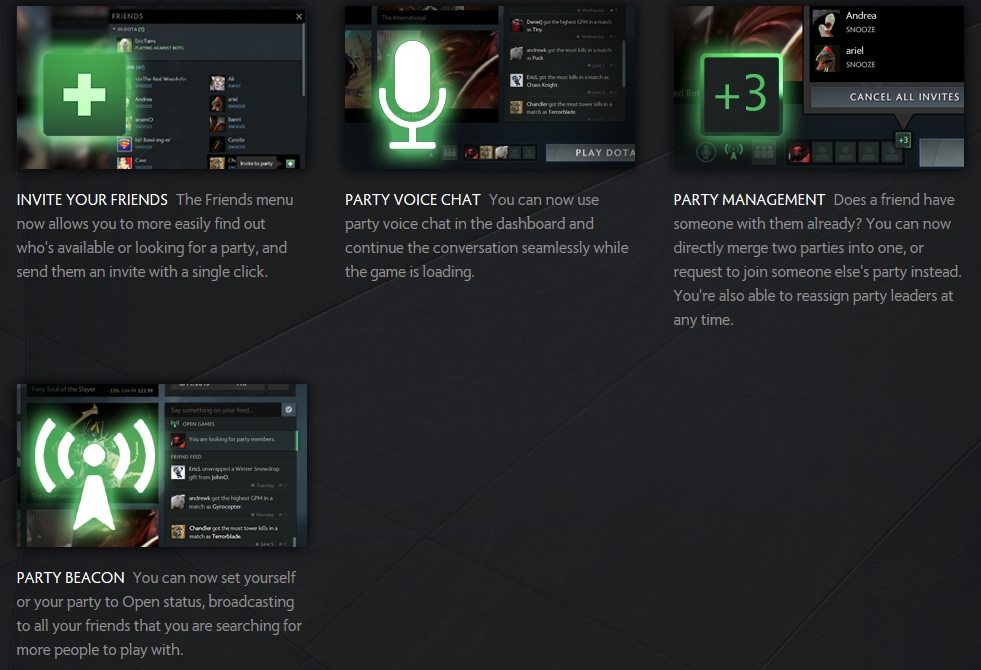 While the other features listed above are cool and all but the things that people wanted the most(which they wanted in the old Dota 2 but whatever Valve, at least we got it) Are the features listed above. You can now invite your friends with ease with the built in friends menu which looks awfully a lot like CS:GO's friend menu. Once you have you're friends with you in the party you can communicate with them by clicking a little button next to the chat window that unmutes/mutes your mic so you can talk to you're friends, which again is a feature that looks like it was ripped from CS:GO and put into Dota 2(not that it's a problem or anything) but the feature that Valve actually implemented(that CS:GO players are already demanding to be put into CS) is it's party beacon which just show a little green wifi signal(looks like it to me) that tells you're friends "Hey I want to play with you, join me for some fun!" which is a REALLY cool idea, some friends can be unsure if you want to play alone and they just join the lobby which makes it AWKWARD but with this new feature that won't be happening anymore 🙂

In conclusion this is a really awesome update that Valve has blessed upon us with there godlike hands and if you want to read up with ALL the new features(too many, I couldn't list them all, I just listed the important ones) then you can check it out here: Dota 2 - Reborn

That's all for now and I hope you enjoyed this PC gaming news update, please vote on what YOU think they will be doing next with their brand spanking new engine, see you all later 🙂 not bad, not bad