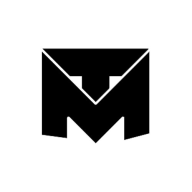 Alright RG, the lowest needed firmware to in

Now be sure to get all the proof you can and if you can buy one new and sealed that would be great because you know it's going to be on 1.76 or lower. If the PS4 says used, be sure to confirm with the seller that it has not been updated.

I need to warn you about Ebay and Amazon. These are good sites and all but the item descriptions can be misleading sometimes. More on Ebay than Amazon. Amazon has a good return policy so it's best trusted even though you'll find more results on Ebay. Remember, all the proof and confidence you can find.

It's been reported about The Last of Us bundle has been shipped with firmwares 1.76-2.03. CONFIRMATION!

What about PlayStation 4 Bundle Lego Batman 3 And Little Big Planet 3 ? What about PlayStation 4 Bundle Lego Batman 3 And Little Big Planet 3 ?

Always was. Just were in one line. I put them in their own lines. CTRL+F 😉